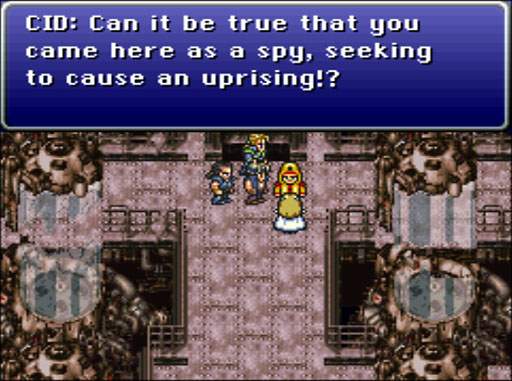 This is Ted Woolsey translation at its worst. Above, Cid seems to be asking if Celes is spying on the Empire on behalf of the Returners, trying to incite the people of Vector to revolt.

The GBA script says, instead: Is it true you worked your way in amongst the rebels as a spy?